Watch a documentary on the Discovery Channel and you’ll see this time and time again. A lion is prowling the savannah looking at a heard of unsuspecting antelope. The lion doesn’t just run out and chase every single antelope. No, he sits back and observes the heard for a bit. He looks for an antelope that is injured, that is sick, that is very old or very young. He looks for the weakest link in the heard and then he pounces. He wants a meal that isn’t going to fight back. He knows that when he goes after the weakest one in the heard, he has a better chance of catching and killing his prey. He wants something that he can easily devour.

We’re not out on the savannah, but we definitely face the same threat. The Bible says the devil is like a ravenous lion, seeking whom he can devour and just like a lion he always attacks the weak. He looks for those injured by the pains and troubles of life. He searches to find those sick with bitterness, hatred, and resentment. He loves seeking out those new in their faith or those who have grown complacent and stagnent in their faith. Now, of course, the devil isn’t walking around in a red suit with a pitch fork making himself apparent in his attacks on us. Just like a lion hides among the tall grass and tries to blend in to the terrain of the Serengeti, the enemy often blends in to the everyday situations in our lives. He often comes subtly through people and situations in life. I notice that when I’m at my weakest spiritually, emotionally and mentally that I get bombarded with attacks. When I’m already having a bad day, I’ll overhear someone talking about me. When I’m stressed out, I’ll end up having a fight with a loved one. When I’m worried about money, I’ll face an unexpected financial hardship. Trust me, it’s not happening by mistake. The enemy sits back and observes. When he sees you at your weakest, he knows it’s time to pounce on you by sending people and situations to further discourage you, depress you and break you down.

Now there’s good news and there’s bad news. The bad news is, there is absolutely nothing you can do about your weakness, but the good news is it doesn’t matter because you don’t have to be strong if you serve a God who can be strong for you. The Bible says in our weakness, He’s made strong. Not only that, but He will fight for you every time you’re attacked if you allow Him into you life. You’re not like the poor antelope, left without a protector to defend it when it’s attacked. You have the ultimate protector in Him and He will not allow any attack to destroy you. Now let me give a disclaimer: this doesn’t mean that you won’t face attacks and that they won’t hurt when they happen. They will happen over and over again throughout your life and often they will hurt you in ways the feel to hard to bear. However, God will allow those attacks to strengthen you and increase your faith in Him. Remember, all things work for the good of those called according to His purpose. Those attacks may shake your confidence, scare you, and they may even scar you but they will never take you out, as long as you have God on your side. 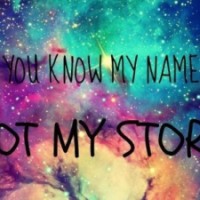